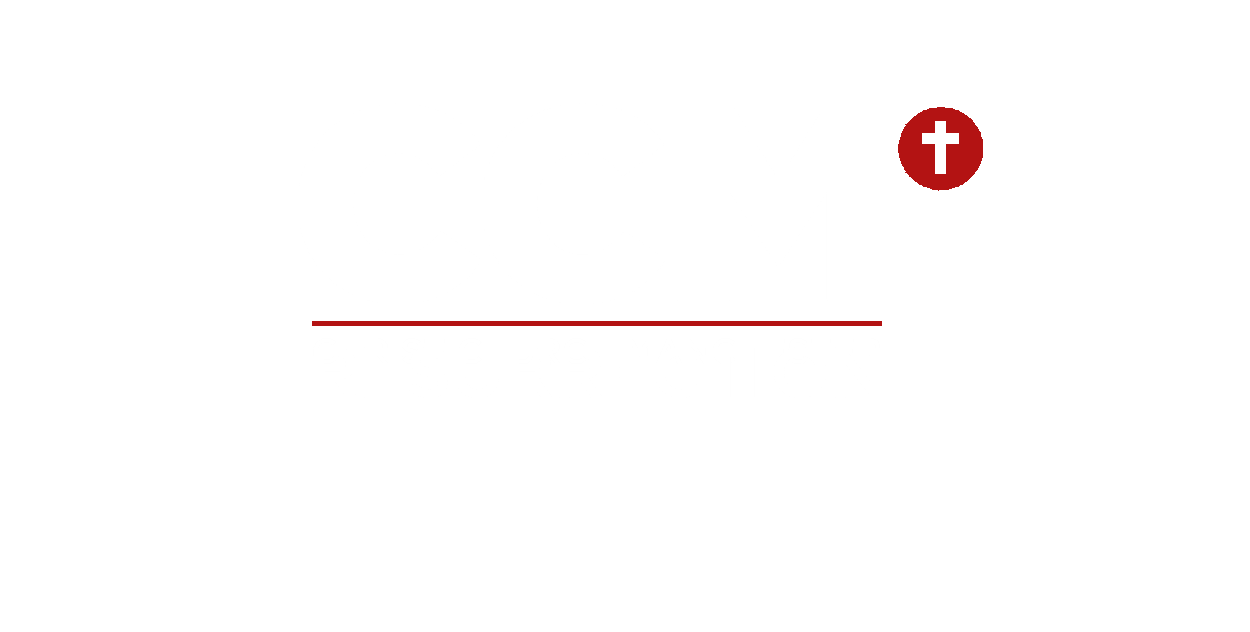 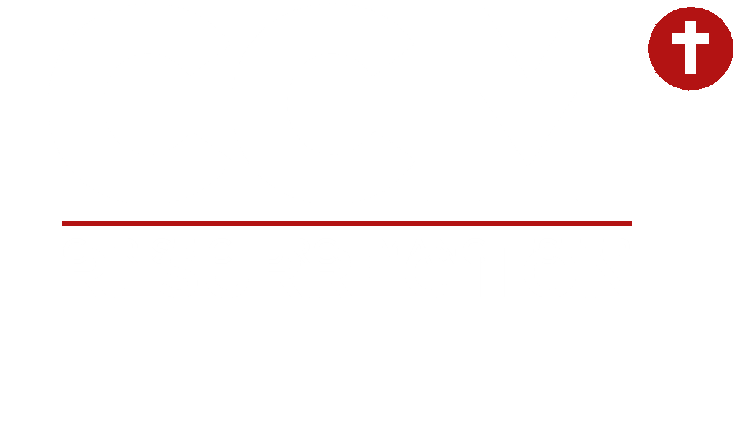 Absolutely everything about Christ Church Manchester hangs on the resurrection of Jesus. It is the central piece on which all of Christianity stands or falls. The apostle Paul once wrote, ‘If Christ has not been raised, your faith is futile and you are still in your sins.’

The Resurrection Is Historical

There is a famous line from Sherlock Holmes that says, “When you eliminate the impossible, whatever remains, however improbable, must be the truth.” In the case of the resurrection of Jesus, the evidence is clear. There are historical facts that do not lend themselves to any other interpretation (and over the centuries, people have tried all sorts of explanations).

The evidence for the resurrection is overwhelming, and in fact all of the key facts are compiled into one short passage of scripture:

“For I delivered to you as of first importance what I also received: that Christ died for our sins in accordance with the Scriptures, that he was buried, that he was raised on the third day in accordance with the Scriptures, and that he appeared to Cephas, then to the twelve. Then he appeared to more than five hundred brothers at one time, most of whom are still alive, though some have fallen asleep. Then he appeared to James, then to all the apostles. Last of all, as to one untimely born, he appeared also to me.” (1 Corinthians 15:3-8)

From these verses we can establish some key facts that rebut any explanation of events other than Jesus being raised from the dead.

The first of those facts is that Jesus really died. One of the theories that has been advanced to try to explain what happened is the suggestion that Jesus didnt really die on the cross but merely ‘swooned’, or passed out. However, this doesn’t fit with the evidence available. Jesus’ crucifixion was carried out by professional Roman executioners who killed many people this way each day and would themselves be killed if they got it wrong. Furthermore, crucifixion was the most brutal form of the death that the Romans could come up with. If Jesus had just passed out instead of dying, after all that he had been through, he he would have been a mangled and bloody mess – surely not capable of rolling the stone away, overcoming the guards and carrying himself in such a way that convinced people that he had just conquered death.

The second fact that we can note is that Jesus was buried. This is more than merely an incidental corollary of his death; it draws our attention to the tomb. The fact is that there is a tomb which was full on Friday evening but empty on Sunday morning. This counteracts any suggestion that resurrection was merely spiritual in nature – Jesus was raised bodily. In the months that followed Jesus’ death his disciples were going around Jerusalem (and beyond) telling anybody who would listen that He was still alive. The authorities were doing anything in their power to stop them from spreading this message, including threatening them, imprisoning them, beating them and even trying to kill them. Surely if the resurrection of Jesus was only spiritual, the easiest way to put an end to the disciples’ message would be to simply go to the tomb and produce the body – but they couldn’t do it, because there was no body in the tomb to produce.

Thirdly, it is mentioned that there were eye-witnesses. One suggestion that has been made to explain the empty tomb of Jesus is that the body was stolen. However, this does not explain the fact that there were eye-witnesses who saw him alive. This would make no sense at all if the body was taken by grave-robbers or the authorities of the day. There was no motive for good men like Peter and John to make up the eye-witness accounts, particularly as those accounts brought them persecution and ultimately death, which they could escape with a simple recantation.

Fourth, there was a large crowd that all saw Jesus alive at the same time. There were lots of witnesses (we are told 500 at the same time) and some of them would not have been close to Jesus before his death and resurrection. One idea that has been put forward to explain the post-resurrection appearances is hallucinations. This is problematic because it doesn’t explain the empty tomb that was noted earlier, but an even bigger problem with the theory is that hallucinations are individual experiences – they happen in the mind and so two people do not have the same hallucination at the same time, let alone five hundred people.

Finally, we should note that some of those that Jesus appeared to would be classified as ‘hostile witnesses‘ – those who were initially on the other side of the argument but were swayed by what they saw. The first of these is James, Jesus’ own half brother. During Jesus’ life, James did not believe in Jesus’ claims, but afterwards he became a fearless follower of Jesus, a leader of churches, an author of part of the Bible who described himself as a ‘servant of Jesus Christ’? What would it take for someone to start worshipping their brother in this way? Seeing him risen from the dead would certainly explain it. The second hostile witness is Paul himself. Paul used to be a fanatical opponent of Christianity. He believed that he was serving God by hunting down and killing every Christian that he could find. One day, on the route to Damascus, en route to find more Christians to kill, the risen Lord Jesus appeared to Paul, rebuked him, forgave him and then commissioned him to take his message to the world. The same man who used to be all about hunting down and killing Christians had a one-eighty turnaround in his life and he became a frontier missionary who would go and plant churches in places where nobody knew about Jesus. He was ultimately killed for his testimony to the resurrection.

The last resort for people who want to dismiss the resurrection is to claim that the disciples fabricated the whole thing – that they stole the body themselves and made up the appearances, and somehow managed to con the world into believing the Jesus was alive. But this isn’t possible. The tomb was guarded by Roman soldiers. There is no way this small band of disciples could overcome them. And even if they had, the guards would have told everyone what had happened. It doesn’t explain why the disciples were willing to be put to death for testifying to the resurrection. Good people may die for what they know is true, but no-one dies for something they made up. That’s just stupid. Yet not a single one of the disciples recanted on their deathbed. It doesn’t explain James. He wasn’t part of the group. He was a skeptic. A few unsubstantiated claims from the disciples wouln’t sway him. Only a resurrection could do that. It certainly doesn’t explain Paul. The greatest opponent of Christianity converted in a moment. If the disciples made the whole thing up, then how did that happen? Only a resurrection could do that.

When you eliminate the impossible, whatever remains, however improbable, must be the truth. The resurrection of Jesus is a historical fact.

The Resurrection Changes Everything

The truth of Jesus’ resurrection changes the very course of history. Here are three of the implications that it has for us today:

Jesus’ resurrection validates his claims. When people asked Jesus what evidence he could offer to back up his own claims about who he was and what he would do, he staked everything on the fact that he would be raised from the dead. When somebody talks and acts like they are God incarnate, and tells you that through their death your sins can be forgiven, it is easy to respond with cynicism, but when they back up those claims by coming back from the dead, then it validates everything else that they have promised.

Jesus’ resurrection guarantees our resurrection. By rising from the tomb, Jesus overcame death and began to undo its power in the world. This resurrection is described in the Bible as a ‘first fruits’ of the resurrection to come. Because Jesus has risen, there will also be the day when he returns that all the dead are raised and the living are gathered in to enjoy eternal life in Christ or face eternal judgment.

Jesus’ resurrection kickstarts the New Creation. God is making all things right. A new creation started with Jesus’ resurrection, and is at work in the world now as people are made right with God, the sick are healed and broken relationships are restored. We get to be a part of God’s kingdom advancing in the world and the new creation emerging, which will be fully revealed when Jesus comes again.